We were able to put most of the ewes and lambs outside towards the end of March.  Most seemed to be doing really well other than one set of twins, on closer investigation it appeared the ewe had mastitis on one side and both were trying to feed off the other teat which was extremely sore.  The weaker twin was very very poorly.  We bought them in, treated the ewe with antibiotics and bottle fed both lambs as supplementary feeding.  Both lambs seemed to get stronger and the ewe seemed to be letting them feed a bit so after a couple of weeks we put them out again intending to top up the smaller lamb as necessary.  They were about 5 weeks at this point so were eating a bit of grass as well.  Unfortunately this didn’t work as the smaller lamb wouldn’t come to the bottle once out in the field and just kept racing away with his mother.  A week later we had to bring him on his own and start completely bottle feed him.  Again he was just skin and bone and struggling to suck but after a couple of days was taking several good feeds a day and has gone from strength to strength.  We will put him back with the flock as we start to wean him.  The stronger twin seems fine out with the ewe.

Really struggling to feed, David trying to stimulate the swallowing reflex with his thumb 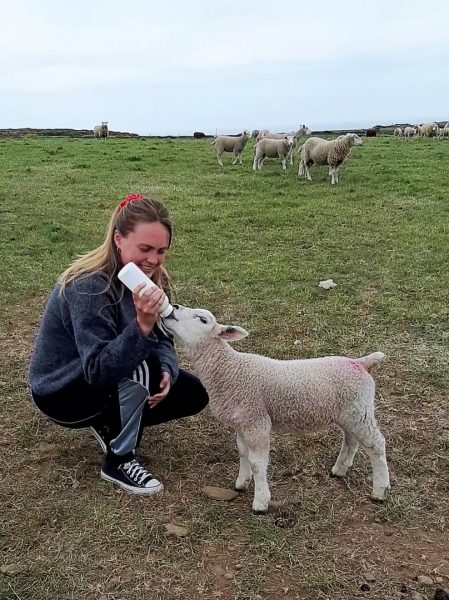 The rest of the lambs seem to be coming on really fast despite the fact we have had no rain for weeks and the grass is poor for this time of year. 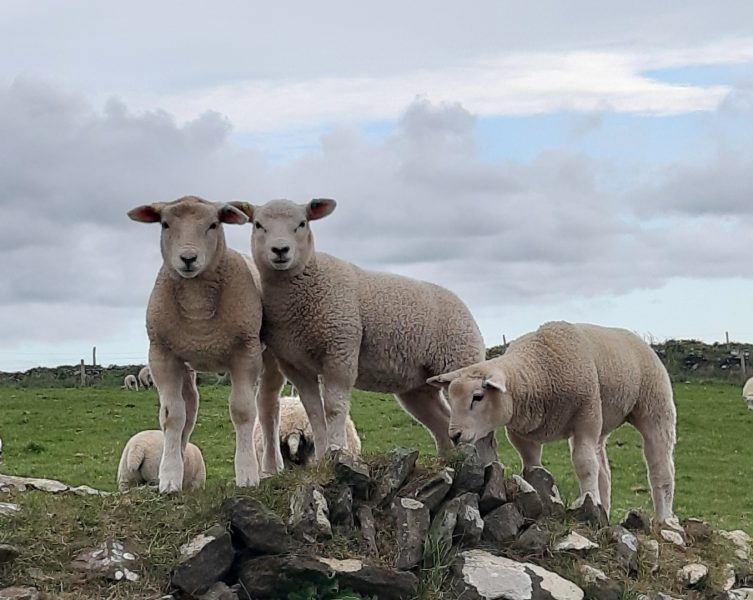 Some of the older lambs looking very chunky…! 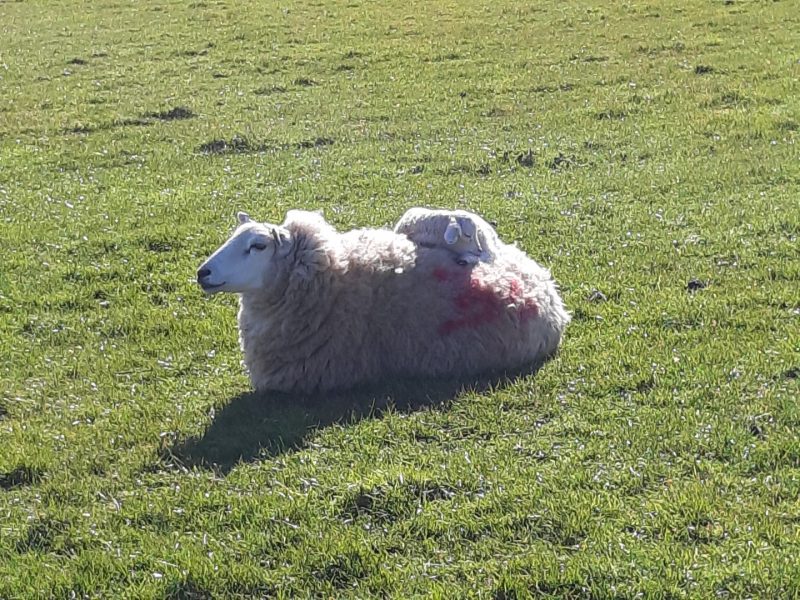 One of the youngest lambs, sleeping in the very best place! 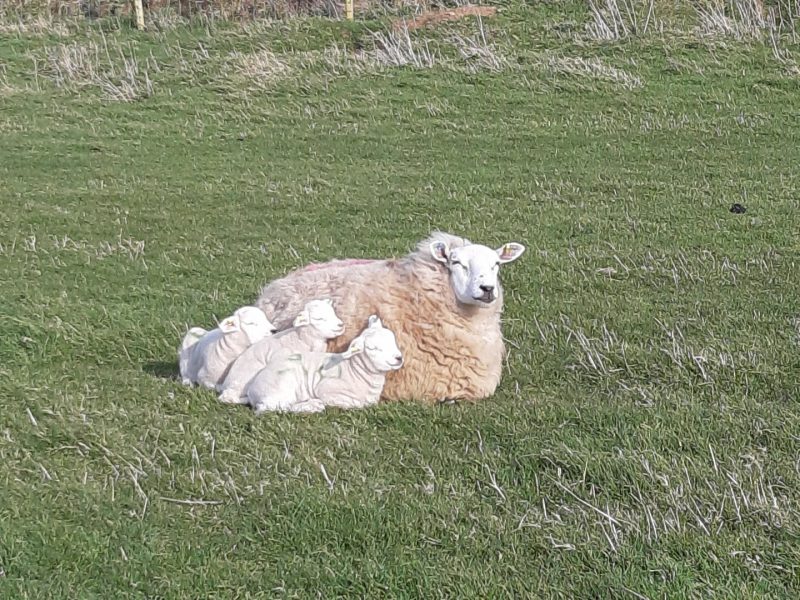 The triplets, just our favourite.  Never apart from each other and never far from mum.

« Back to the Blog

Just absolutely love this photo of one of our poni

Never ones to miss a photo opportunity! These thre

Our gorgeous boy Tim, posing for his For Sale' pho

Just had a cancellation In the holiday let for wee

Chickens learning how to be chickens! Our new resc

A recent review, it makes all the hard work worth

Gateway to heaven -alternatively the gateway from

Sign up to our newsletter - for updates from David & Debbie

By continuing to use the site, you agree to the use of cookies. more information